The second stable release for KIO GDrive is now available (version is 1.1.0). The only user-visible change is the new Google Drive entry in the Dolphin’s Network folder:

The Network folder can be reached from Plasma’s Folder View widgets as well: 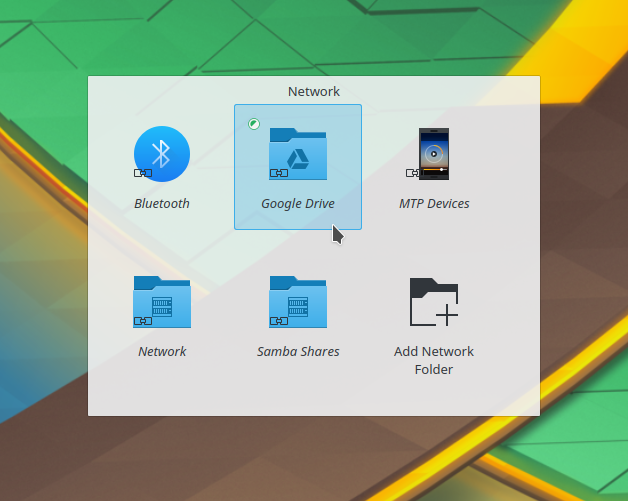 This replaces the custom .desktop file shipped by kio-gdrive 1.0.x, which used to open Dolphin on the gdrive:// location.

One problem with this new approach is that the Network “folder” is actually provided by a kioslave, which currently lives in plasma-workspace. This means that if you use Dolphin from, say, Gnome Shell then Network will probably not work.

The proper fix is moving this ioslave from plasma-workspace to kio, but it’s not trivial because Plasma and Frameworks have different release schedules, and also because in general moving things around is painful. I already made a patch but it got stuck, possibly because of Plasma 5.9 deadlines. I’ll clean it up and revamp it in the next weeks, hopefully.

I also want to thank Andreas for the new gdrive icon that you see in the screenshots above. You need breeze-icons 5.29 or later to get it.